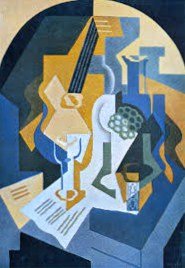 How nice when schools began in October !!!! In fact, September is a good month for holidays or for long weekends. There are many festivals in the villages all around, all enjoyable.

The festival in Spigno Monferrato from September 4th up to September 8th, it was very nice but for this week-end (September 12th and 13th ) I’d suggest the Feast of Feasts in Acqui Terme.

Approx 29 Pro Loco with over 100 chefs will cook traditional dishes: polenta with wild boar sauce, ravioli, chickpeas soup, grilled meats, sausages, risotto, pancakes, pastries … there is not enough space to list all the delicious things to eat so you just have to come and try. For your information these festivals will be done every year at the same dates so if you miss one this year, you can have a new chance next year. Think about it.

There are also many interesting wines selections that you can taste in the Show of Wines with more than 20 wineries.

The Feast is taking place along the main streets of Acqui and it is very nice because the oldest part of this town is a real small gem.

Tomorrow, September 13th, in the afternoon in the Boiling square you could attend the Palio of Brentau. I’ve never seen it so I am really curious. I read on the local newspaper, that the Palio is a tribute to the Brentau figure, a job that is part of the city history. The Brentau were the bearers of boiling hot water in an era in which the central heating systems or water heater did not yet exist. The kegs of galvanized sheet metal are now  an antique.  They contained 50 liters of water and they were shaped as an inverted cone. So the competitors will bear these kegs full of water at 75 degrees on their shoulders and we hope they won’t overthrow them!

Sunday, September 13th and 20th,  there will be another nice initiative the Open Castles so you could visit the Paleologi Castle – Archaeological Museum and Botanical Garden.

This summer Acqui Terme delighted us with various cultural events, music and cabaret really interesting and the Feast of Feasts won’t disappoint us.

So enjoy and have fun!